This 21+ event promises acoustic performances, artist interviews, and select meet + greets all afternoon long. Stop in for a drink, and see what artists make an appearance at 101X.

I’m excited about the food! And the music, but mostly the food. The type of barbecue that finishes at 3pm. I’m a practicing vegan for the past 8 months, but i may have to take a little break.

Kendrick Lamar saw the potential in Kemba when he brought the New York rapper on stage to rap for him a few years ago, and there’s plenty of evidence to suggest the cosign was not misplaced. Kemba’s hard-hitting, aggressive style made his 2016 album Negus one of the better hip-hop albums of the year, and his next project should spark heavy anticipation among those in the know.

Sony creates a fully immersive experience at the WOW studio 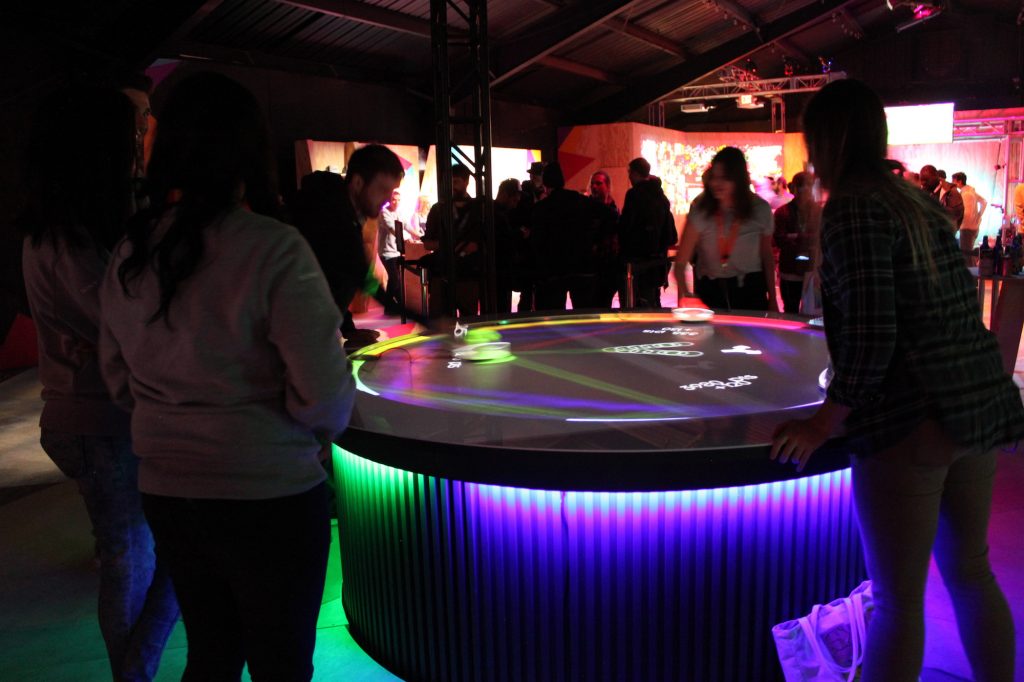 Sony brought everything but the kitchen sink to SXSW this year, setting up the WOW studio in Downtown Austin and filling it with interactive experiences. As visitors made their way through the venue, different exhibits gave them the chance to test their skills in games such as air hockey, and experiment with a range of VR opportunities.

One popular exhibit involved little more than a wall, a projector, and a ball, using advanced technology to bring it all to live. As virtual planes flew across the screen, visitors could throw the ball at the projection to send the miniature pilots into a spiral, assuming they were able to hit the target.

Bringing a live DJ to set the atmosphere, Sony involved exciting technology again to bring the lyrics to life. As the songs played, words would flash across the screen and animate, allowing guests to read along while they danced. Soulection DJ Joe Kay took the stage for about 30 minutes in the early evening, and had the scattered crowd moving as he weaved through old school R&B cuts and current hip hop hits. 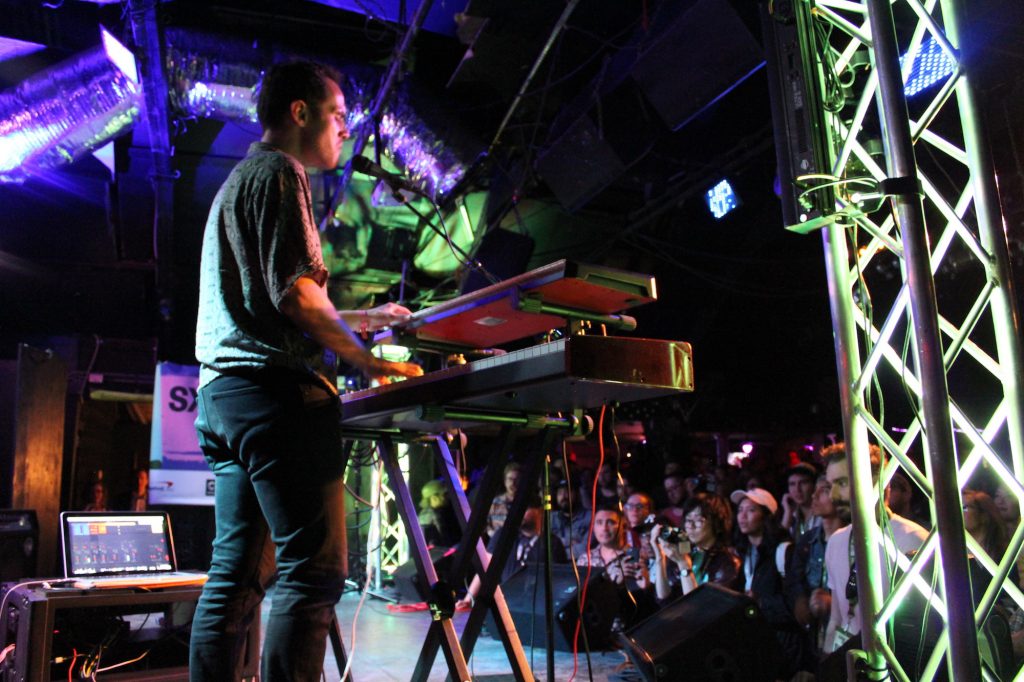 Jordan Rakei has plenty of groove, and it was all on full display tonight at the Elysium. Typically the multi-instrumentalist travels with a few band members when he’s playing a show, but this time it was just him and his drummer, and the quality of the music didn’t suffer.

Rakei stayed behind the keyboard the entire evening, layering and looping chords to create a full sound that could have fooled someone listening through the wall that there were more than two artists on stage. Fusing elements of R&B, jazz, and more experimental styles, Rakei had the crowd dancing early and often, and put smiles on the faces of many.

The artist has put forth several well-received albums thus far, and performed material from many of them to please fans both old and new. Closing with the song “Talk to Me” from his 2016 album Cloak, Rakei’s passionate mannerisms struck a chord with a crowd, keeping his eyes closed for almost the entirety of the song while letting the music simply take control. 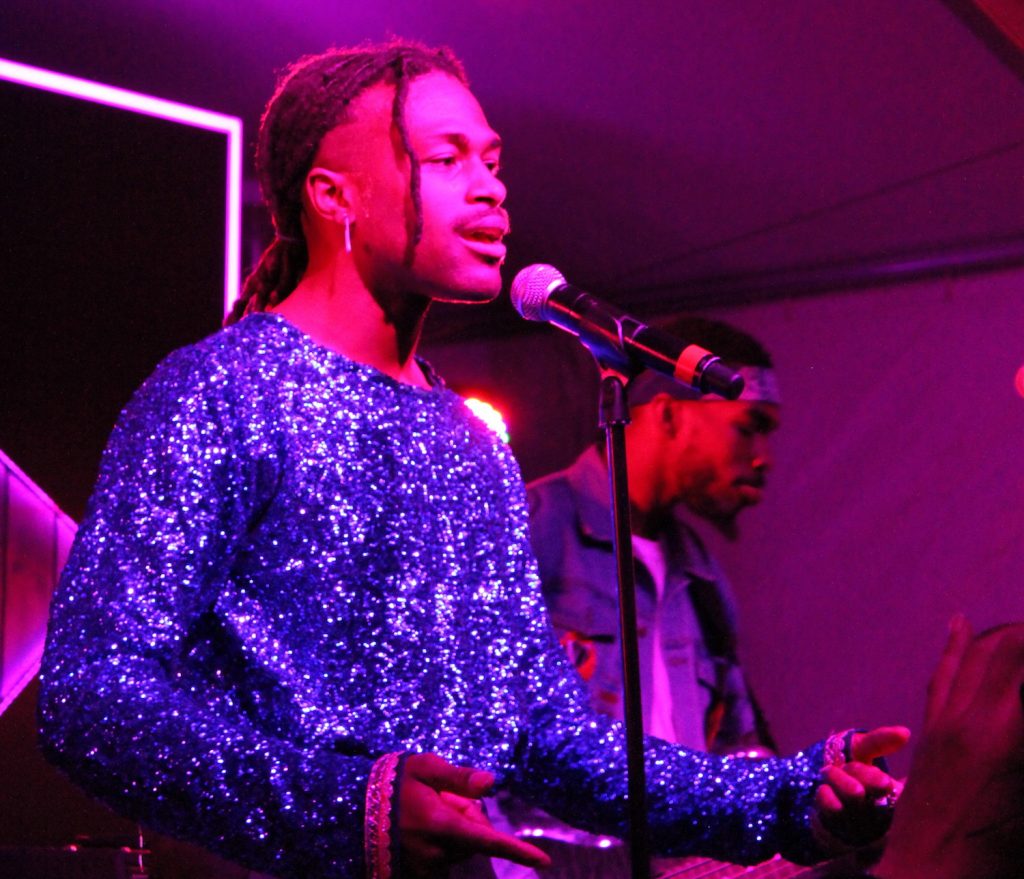 Los Angeles native Duckwrth has been tagged by many as a 2018 breakout candidate, and he’s doing everything in his power to share his music with new people at SXSW. Performing third set of the day — with several more showcases to come this week, Duckwrth took the stage at Lustre Pearl, and immediately launched into a high energy set.

Wearing a shimmering blue sweater reminiscent of 70s funk and disco artists, Duckwrth’s throwback aesthetic certainly shined. His upbeat, danceable songs like “I’M DEAD” resonated the most with the crowd, but his passionate singing and rapping on slower, more personal songs was still rather impressive.

Unfortunately the crowd didn’t react to much to the artists antics, but Duckwrth still gave the performance 110%. Leaping in the air, kicking over the mic stand, and taking the time to check with the audience, he still put on a fine show that will hopefully draw more curious fans to his music. 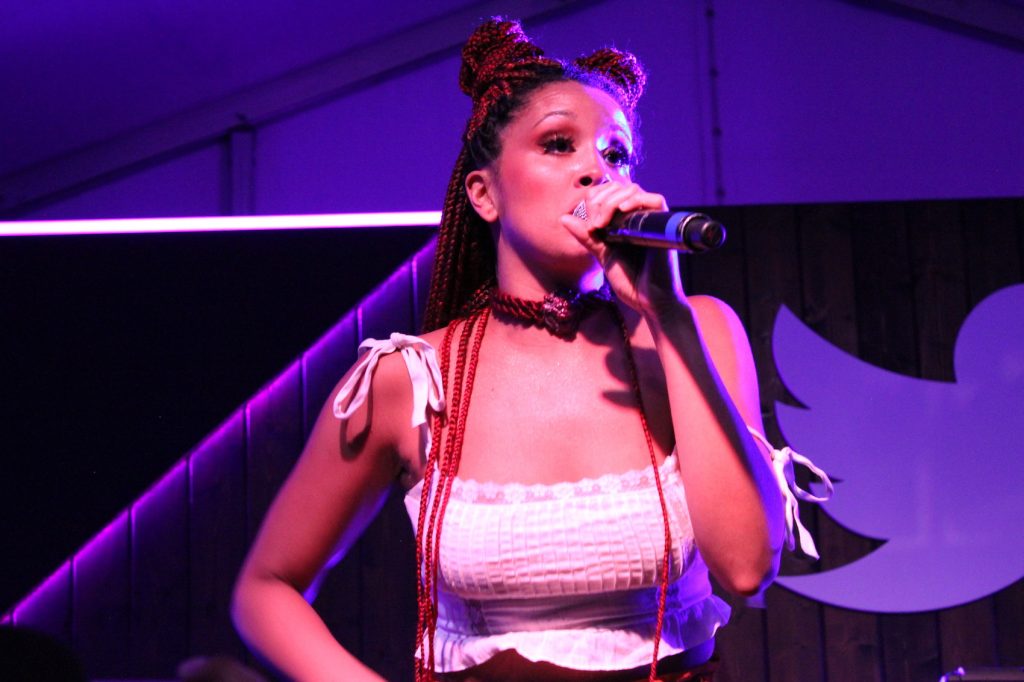 Lion Babe could teach your favorite artist a thing or two about stage presence. As impressive as lead singer Jillian Hervey’s vocals were, her dancing and movement truly stole the show, no matter what prop she had in hand.

Hervey wore a scarf for much of the evening, using it to punctuate key moments and keep the audience’s attention. At other points, she’d pick up the large parasol that was next to her on stage, twirling it in the air with precision to add energy when it was needed. With groovy, retro bops such as “Hit the Ceiling” and “Rockets,” though, it wasn’t difficult for Lion Babe to keep the crowd dancing, and earn loud cries of adoration from her more devoted fans.

Joey Purp brings a furious edge to his showcase 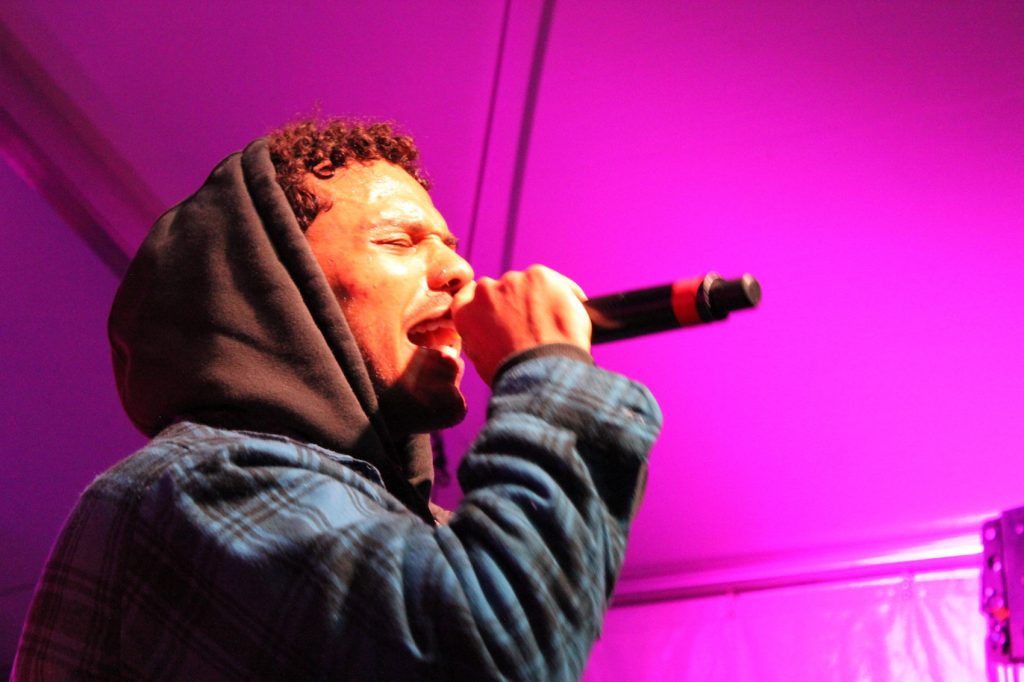 Chicago’s SAVEMONEY crew is still at the top of their game in 2018, and Joey Purp is no exception. The MC raps with undeniable purpose no matter what reactions he receives from the crowd, and at truly left his heart on the stage at his post-midnight showcase. He also treated the crowd to a sneak preview of the music from his upcoming album, which contained the same signature, incisive lyrics with a more trap-influenced beat.

Joey Purp’s album iiiDrops was one of 2016’s standout releases, highlighting a rising star with an urgent story to tell. His eyes were tightly shut as he rapped many of the songs from the album, sitting on a stool for the entirety of “Cornerstore” to establish a deeper connection with the audience. Stomping the floor during other songs such as “Escape,” the artist made it impossible for him to lose the focus of those in front of him, with his genuine happiness to be on the stage manifesting itself in his bright smiles during brief pauses between songs.