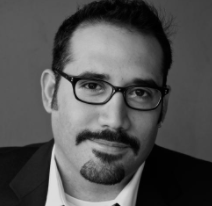 This Tuesday, Robert Hernandez, a journalism professor from the Annenberg School of Communication and Journalism, will be speaking about the mythic pipeline problem in journalism at Austin’s SXSW festival. Hernandez, who began teaching at USC in 2009, considers himself a product of California before a digital journalist, and felt the need to challenge the disparity he witnessed between his diverse surroundings and the lack of diversity in the newsroom.

The “pipeline problem” is a belief system shared in many newsrooms across America, which argues that the lack of diversity among those in the media stems from not having enough qualified candidates applying for the respective positions. In his day-to-day experiences at USC, however, Hernandez sees plenty of evidence that contradicts this theory.

“There are a lot of people hiring in my industry, and still someone will say, ‘We can’t find a qualified woman or person of color for this job,’” he said. “I see first-hand at USC Annenberg that the majority of the student body at the journalism school is female. And we’re not an exception, most journalism schools are skewed toward female student bodies. So it’s a lie when someone claims that there is a pipeline problem.”

I ended up writing something to call out how people are saying that they’re hiring, and yet there’s this incredibly qualified student who is having trouble finding a job…I held them accountable, and a lot of folks responded.

Hernandez was inspired to address the issue when a student of his could not find a job that aligned with her specific interests, although Hernandez knew many people who were looking to hire young journalists at their companies.

“I ended up writing something to call out how people are saying that they’re hiring, and yet there’s this incredibly qualified student who is having trouble finding a job,” he said.  “I held them accountable, and a lot of folks responded.”

When asked how industries should strive toward inclusivity, Hernandez linked the issue to one of communication, and noted how he is pushing minority applicants to put their name in the hiring pool.

There is data that shows that women and people of color are underrepresented in certain fields…Industries or organizations as a whole should make a commitment to training, recruiting and retaining these diverse perspectives.

“I’m a member of the National Association of Hispanic Journalists, and I’m overseeing their convention over the summer,” he said.  “We’re doing a lot of hands-on training to empower Latinos to apply for jobs that they have historically been told don’t exist.”

Hernandez also wants to change the narrative from the inside, putting the pressure on media companies across the country.

“There is data that shows that women and people of color are underrepresented in certain fields,” he said. “Industries or organizations as a whole should make a commitment to training, recruiting and retaining these diverse perspectives.”

At SXSW, many of Hernandez’ fellow panelists are also being proactive about sparking change in regards to the issue. Nikole Hannah-Jones, a MacArthur Genius award recipient, helped found the Ida B. Wells Society for Investigative Reporting, an organization dedicated to progressing the careers of reporters of color. Lena Groeger has previously taught at the ProPublica Data Institute and Dan Nguyen is a lecturer at Stanford who specializes in public affairs journalism, programming, and visual design.

Thanks to the work of all the panelists as well as many others who are pushing for diversity, Hernandez, a veteran speaker at SXSW, asserted his undying belief that journalism, along with various other industries, will soon change for the better.

“I have hope for a more inclusive future in journalism like I have breath in my lungs, and I know I’m not the only one,” he said. “It’s not a new fight, but you can see from the panelists I’ve organized that we’re not waiting, we’re doing. We’re not reacting, we’re being proactive about this disruption. I see the future with my students who are women and people of color–they’re badass! The industry is going to evolve whether it wants to or not.”

Want to join the discussion?
Feel free to contribute!